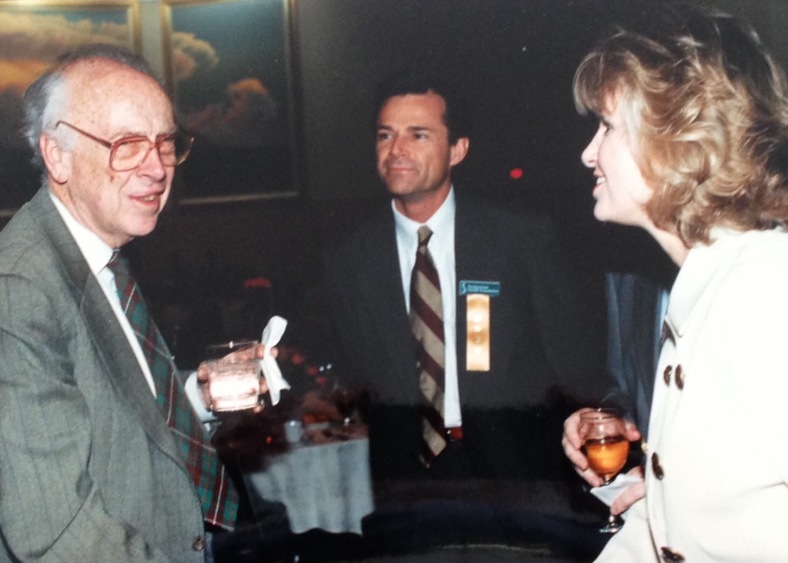 Just when you thought it was safe to go back into the room and tell a patient that her variant found on genetic testing was “of uncertain significance, but essentially negative,” and “we’ll keep you posted if there’s an update,” the lexicon changes. Gone is the oppressive and abrasive “deleterious mutation.” Gone is the adorable word that sounds like the attributes of a superhero – “polymorphism.” Instead, we now have a variety of variants. At least, that’s what’s in the works. All this on the heels of the umpteenth study that shows persistent confusion about the term “variant of uncertain significance.”

Nothing has caused more headaches and confusion in the world of genetic testing for cancer predispositions than the “variant of uncertain significance” (VUS). The VUS has become so commonplace with multi-gene panels (36% for us) that we coach patients ahead of time about its probability and to “let us do the worrying.” I don’t know if that bromide helps or not, but we certainly feel better. The very word (“variant”) that has caused more bizarre counseling than anything else in genetic testing is – rather than getting demoted or kicked out of our lexicon – getting a makeover, so that it will be word-of-choice for all possible outcomes with genetic testing that are not completely “normal.”

That’s right. More variants rather than fewer. Most of us who do genetic testing have brushed aside our angst about the VUS rate in multi-gene panels, under the presumption that, as more data accumulates, the probability of getting a VUS will become smaller and smaller, just as it did with BRCA test results. And that would be a fair assumption (although upgrades to “probably deleterious” have actually increased). Problem is, we are in the middle of a transition to a new lexicon that is going to use the word “variant” (or “alteration” or “change”) for everyone who is not composed of perfectly normal DNA. Of course, with whole exome sequencing, everyone will have variants.

We have polysemy to blame for this. Recall from my July 2017 editorial https://alanhollingsworth.wordpress.com/2017/07/ that I first discovered the word “polysemy” after being referenced in the May 2017 issue of the Journal of Volcanology and Geothermal Research. My theme had been precision language as the first stepping stone to precision medicine. To repeat, “polysemy” is when a word has more than one distinct meaning, even though the definitions are related. More specifically, in science, polysemy is when the same word has different meanings in different disciplines. And that’s exactly why the words “mutation” and “polymorphism” are to be phased out. The words are used differently by different disciplines.

But the point of recognizing polysemy is to tighten up our definitions with more precision, not more confusion. More clarity, not ambiguity. In the case of the new lexicon, “variant” rules.

Just as we clinicians have ASCO, NCCN, ACS, ACR, ASTRO, ASBrS, etc. that generate guidelines, the geneticists around the world have the Human Genome Variation Society (HGVS) who, with singular authority, dictate the lexicon for all. Did you ever wonder what all those little symbols are that describe mutations, in addition to the numbers and letters? Well, there are pages of instruction from the HGVS in the use of those symbols, numbers and letters. But in their 2016 consensus statement, they were joined by the Human Variome Project (HVP) and the Human Genome Organisation (HUGO), and it’s here that they came up with this “radical” proposal for a change in the lexicon (published in Human Mutation 2016; 37:564-569):

In contrast to the original recommendations, the terms “polymorphism” and “mutation” are no longer used because both terms have assumed imprecise meanings in colloquial use. Polymorphism is confusing because in some disciplines it refers to a sequence variation that is not disease causing, whereas in other disciplines it refers to a variant found at a frequency of 1% or higher in a population. Similarly, mutation is confusing since it is used both to indicate a “change” and a “disease-causing change.” In addition, “mutation” has developed a negative connotation (Condit et al., 2002; Cotton, 2002), whereas the term “variant” has a positive value in discussions between medical doctors and patients by dedramatizing the implication of the many, often largely uncharacterized, changes detected. Therefore, following recommendations of the Human Genome Variation Society (HGVS) and American College of Medical Genetics (ACMG) (Richards et al., 2015), we only use neutral terms such as “variant,” “alteration,” and “change.”

The fact that the statement says, “We only use neutral terms…” (as opposed to “You must…”) leaves an opening for us to continue our imprecise, confusing and dramatizing terminology in attestation to the bright side of polysemy. Nevertheless, I’ve seen some softening on my genetic testing reports lately, at least from some of the labs. Others are steadfastly reporting, “Deleterious mutation.”

But are we headed for the following in our testing reports?

IV – Variant that is unlikely to be associated with phenotypic expression….

(feel free to substitute “alteration” or “change” for “variant”)

Will this improve the situation, or is it just patchwork polysemy that is going to make things worse?

I’d be attacking my own position on the need to eradicate polysemy (the word just rolls from the tongue when you use it at every possible opportunity) if I were to take a stance against this new lexicon. Nevertheless, painting all DNA scratch marks with the word “variant” (or “alteration” or “change”) could homogenize the significance of these alterations, making the confusion even worse.

But who knows? In this politically correct, kinder, gentler world, maybe a new lexicon is exactly what we need to get more people to sign up for genetic testing where we can manage disease before it happens. A “disease-causing variant” seems much more vulnerable to interventions than a rock solid mutation.

Yet, sometimes, these terminology proposals simply don’t fly. Clinicians are fickle and unpredictable when told to change their tune. Can we really practice medical genetics, though, without using the word “mutation?” And what’s next? Will the next superhero movie alter its title to the Teen-age Variant Ninja Turtles? Will the next blockbuster in 2018 be X-Men: The New Variants. Maybe it’s time for a change (or an alteration), but do we really want to camouflage the underlying clinical importance when one’s DNA is misspelled?