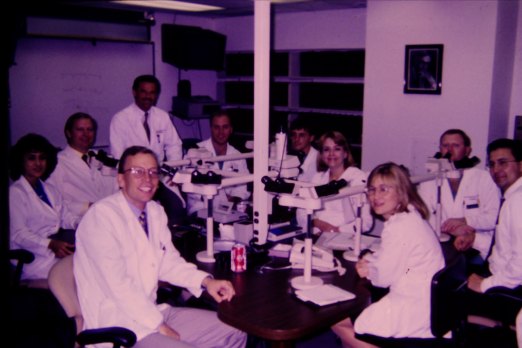 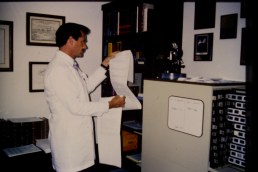 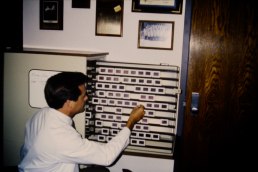 It’s the traditional time of the year to take stock and make changes. For me, that includes assessing whether or not the time spent on this web site is worth the time and trouble. Indeed, some of my “blogatorials” are comprehensive (verbose? circumlocutory?), and with a few references would be ready to submit to a journal for publication (after removing the tongue-in-cheek phrases and smart aleck comments).

In sharp contrast to my Jurassic approach to the written essay, societal changes have prompted a move away from print and toward pictorial representations. Think about the following developments that demonstrate how we are diminishing the written word since the advent of cyberspace:

An insistence on “bullet points” so that readers don’t have to mess with the details.

Newspapers contracting, or even disappearing, while “Internet News” proliferates with little concern for veracity or details.

Schools no longer focusing on penmanship, with some schools phasing out the teaching of cursive writing entirely.

The rise of the emoji to express oneself rather than words – a leap back to hieroglyphs (although technically hieroglyphs were phonetic representations, rather than cartoons)

The reliance on photos in social media.

The rise of the graphic novel (a glorified comic book)…for adults.

I’m sure you can think of additional examples of our increasing dependence on photos (which today, can be altered with ease).

As a card-carrying member of the Authors Guild, I remain intrigued by words and how they are strung together. That said, I also enjoy photography and cinema, and if YouTube had been around when I was a teen-ager, I doubt I’d ever made it beyond college, instead, probably making documentaries about the societal impact of the Frisbee.

So, as I sit here on New Year’s Day, thinking about future directions for this web site, I have to wonder if changes are needed. The site has enjoyed sustained growth since I began in 2015, increasing in visitors by 50% year over year, until now over 1,000 distinct viewers came to the site in 2018.

Trouble is, I don’t know if those visitors were there for my medical blogatorials, or for my non-medical books. I spend an equal amount of time promoting both (though, in reality, very little time overall). But as I thought about 2019 and beyond, here’s what kept popping into my head: Pictures.

I’ve sprinkled a few here and there, of course, especially on the web site pages devoted to my novels (and with many pictures on the Killing Albert Berch web site).  Maybe I’m only getting sentimental with age, but I’ve been bothered by a monkey on my back for many years now – 4,000 35mm slides that I created in the years prior to Powerpoint.

Most of these slides are devoted to educational efforts that I launched when I was in full-time academics, along with documenting the history of the OU Institute for Breast Health.  But nearly half are slides of breast pathology taken from the microscope in the 1990s, as I self-taught this aspect of breast disease. I’d completed a year-long fellowship in surgical pathology at UCLA in 1977-78, so the rest was a matter of using teaching slides sets, many hours sitting with pathologists on the double-headed scope, and in the end, shipping controversial slides to Dr. David Page at Vanderbilt, along with my personal diagnosis (a surgeon, no less) submitted for his review.

But pathology slides aside, the other 2,000 slides might be of historical interest. So, I’ve begun the arduous process of going through my exhaustive collection, converting 35mm slides to digital images. It’s hard to believe that the 35mm projector can only be found in garage sales or museums. But with one of my Christmas presents being a slide converter, I’ll now embark on the task of telling stories with more pictures and fewer words. Maybe I’ll even sink so low as to do a “graphic editorial” with pictures alone.

Regardless, I think it’s time to leave Jurassic Park and conform to the pictorial tenets of our time.  So, here we go–

The photos at the top (and below) were all taken in 1991 at the University of Oklahoma Health Sciences Center where I had started one of the first multidisciplinary conferences in the country in 1989. I had begun my slide collection and was rapidly filling the huge slide rack that would later house (and still houses) 4,000 slides. In the second pic below, I’m holding the “computer print-out” of all “breast articles” published during the prior month. Without the internet in the early 1990s, the departmental librarian, Linda O’Rourke, would create this list of approximately 500 article titles per month using key words that would sometimes generate abstracts for the articles as well. I would then mark which articles I wanted in full, and Linda would magically make those articles appear.  If this seems tedious, talk to one of us from the era of the Index Medicus wherein a literature review performed by hand, one article at a time, was oppressive. 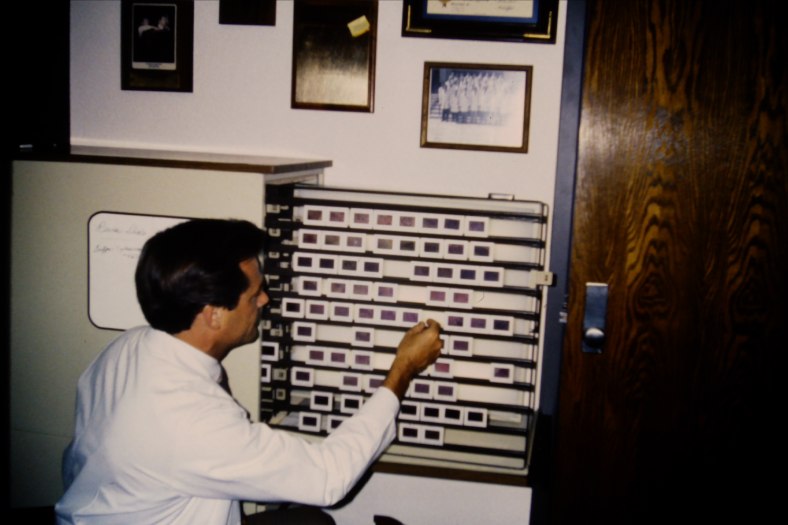 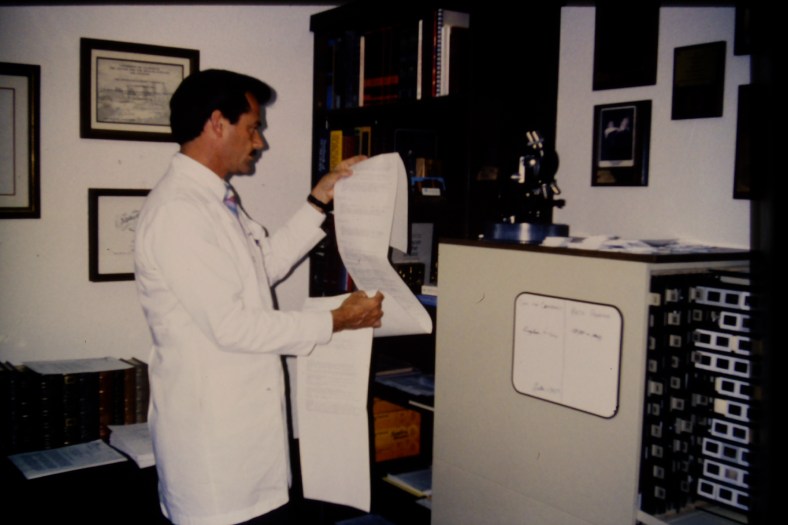 In the group photo below, one can see the unusual location for our multidisciplinary conferences, at the multi-headed microscope where all attendees could view the slides at once (later, this would be replaced by a new-fangled videomicroscope). Of interest, two of the attendees in this photo (in addition to myself) later became dedicated breast surgeons – on the far left, Dr. Doris Quintana would start out in general surgery, but she later completed a breast surgery fellowship at Johns Hopkins then moved her breast-dedicated practice back to Oklahoma City. Then, third from the right, Kathy Wagner, MD, is a prominent breast surgeon in San Antonio and an active member of the American Society of Breast Surgeons. 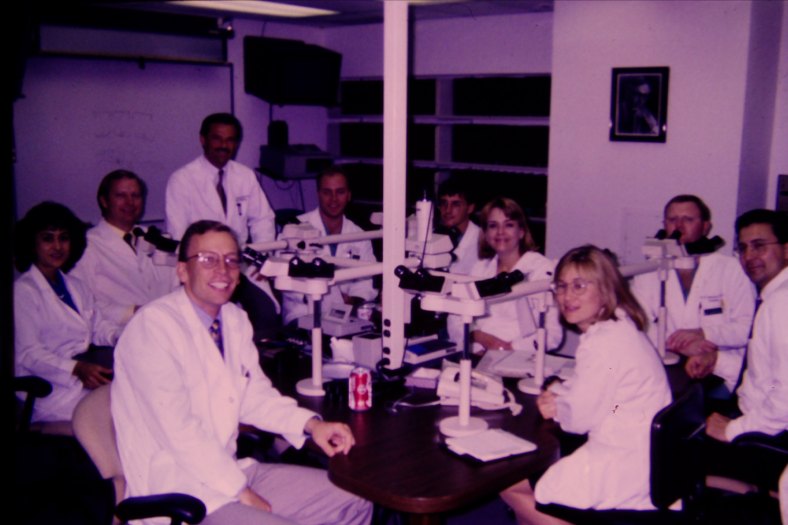